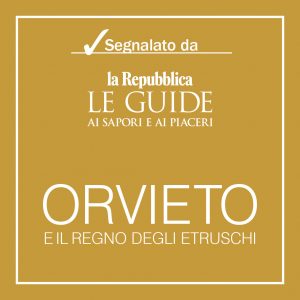 The Angel and the Rosso Orvietano…

Vinnie and I know Orvieto well because we have visited the town on previous trips looking out for the quality white wines that are produced on the slopes of these long-extinct volcanoes. The frescoes of the Last Judgement by Signorelli in the cathedral leave a lasting impression on all who see them and St Patrick’s Well is a marvel of Renaissance engineering – but it was not to revisit these tastes and sites that we had returned.

Inside all of us there is a streak of stubbornness that, when the circumstances are right, will surface. In the face of unjustified or illogical rules or regulations there comes a point where we say, “Why must we do it this way?” In this respect, the Italians are no different; however, they have to face the byzantine labyrinth that is Italian bureaucracy and so it is not surprising that the need to rebel surfaces more regularly here.

So far so good, but this actually happened to a German, albeit one with long connections to Italy. Anton Baur bought Tenuta Santa Croce in 1985. The oldest part of the buildings date back to the 16th century when it was a hermitage. For centuries it was used as a farmhouse, amongst other things, before Anton saw its potential and stepped in. Today, the buildings have been restored to a very high standard and the small chapel now houses the winery where Anton and his partner, Petra, produce around 18,000 bottles of wine per year from 4 hectares of vines. As you enter this viticultural holy of holies, if you look up, you will see an angel whose job is to look after the wine, and from my experience she is attending to her duties most assiduously. So, thus far, nothing extraordinary until I tell you that Anton has gone against accepted wisdom and chosen to become one of a handful of producers of Rosso Orvietano, a DOC appellation red wine, in an area renowned for its white wines.

I never did quite get to the bottom of why he chose the red wine route but what is very clear is that when Anton applies himself to something he does so completely. His vineyard is 500 metres above sea level with hot days and cold nights that help to develop the aromatic character of the grapes. Cultivation is completely organic with no herbicides, pesticides, or artificial fertilizers and here with the help of his enologist and viticulturist, Andrea Grillo, he grows Sangiovese, Montepulciano, and Cabernet Sauvignon grapes on vines that are now coming up to 18 years old. To maximise quality, the yield per vine is limited to 1.5kg and, after the manual harvest, the grapes are carried the short distance to the winery where the annual miracle of transformation commences.

The first wine that we tasted is called E Nos and is a blend of 45% Sangiovese, 45% Cabernet Sauvignon, and 10% Montepulciano. During maceration, the sacred ritual of ‘breaking the cap’ is still carried out by hand. It then spends nine months maturing in steel before being bottled.  The colour is bright ruby with a bouquet of strawberries and blackberries with a background of pepper that you would expect with Cabernet Sauvignon. On the palate it is light and fresh with a pleasing acidity that will make a great accompaniment to pasta with a ragu.

Peònio is 100% Sangiovese, matured for 12 months in steel before being bottled. Sangiovese is often thought of as the Tuscan grape but here in the Umbrian hills, although we are close to Tuscany, the terroir is different and certainly Anton’s approach to maturing the wine without using oak is unusual. The result is bright ruby with just hints of the garnet that you would expect in Tuscany. On the nose there are plums and cinnamon and on the palate a light acidity and softer tannins, It has a good finish.

We next tasted the “Anton” from 2018. This is a wine that is 100% Cabernet Sauvignon that spends 12 months in barriques of French and American oak but only ones that have been used two or three times before – the third or fourth pass – to ensure that the flavours of the porous oak do not dominate. Unsurprisingly, the colour is an intense deep ruby but the surprise is in the bouquet which is huge – full of cherries, pepper, vanilla, and leather. Plenty of acidity and light tannins mean that it can be enjoyed now with a big steak.

As a finale, we tried a wine that Anton and Petra have made in the past for themselves but is now going to be released to the public. Called Vimostro this is, like the “Anton”, 100% Cabernet Sauvignon but is made from grapes from a particularly sunny area of the vineyard. In effect, it is a riserva and will be limited to a maximum of 300 bottles per year. A deep, deep ruby in colour, almost impenetrable, the bouquet is similar to the “Anton” but even more intense with liquorice. On the palate there are bitter cherries, but what strikes you most is the huge structure in this wine, the balance between acidity and tannins and the long finish. This is a wine amongst wines.

We left Tenuta Santa Croce di Anton Baur with a feeling of having reconnected with the things that matter in this world in a special way. Anton and Petra are certainly of the modern world and have chosen not to renounce that heritage but instead to blend it with a respect for tradition and the environment and the results are indeed wonderful. 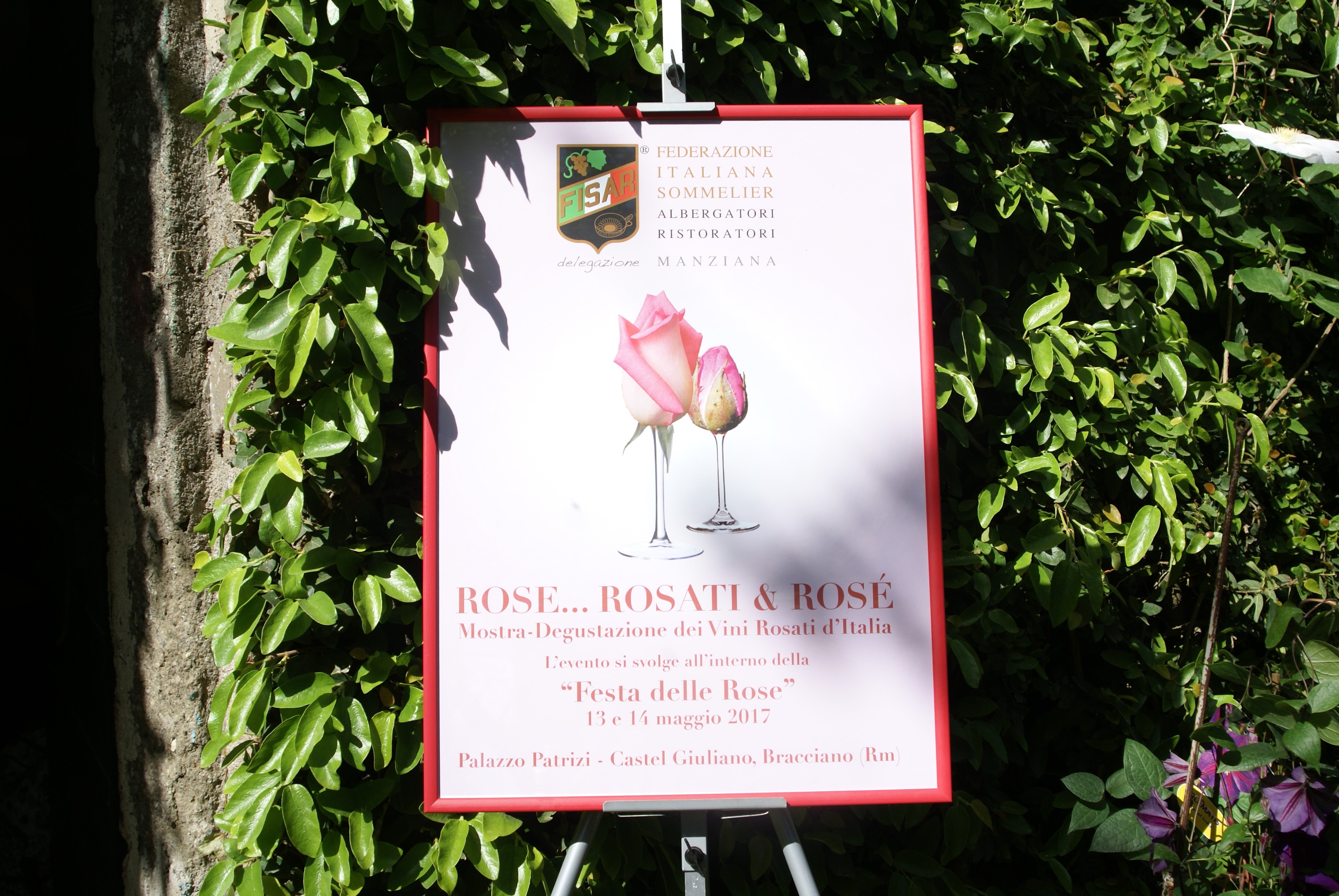 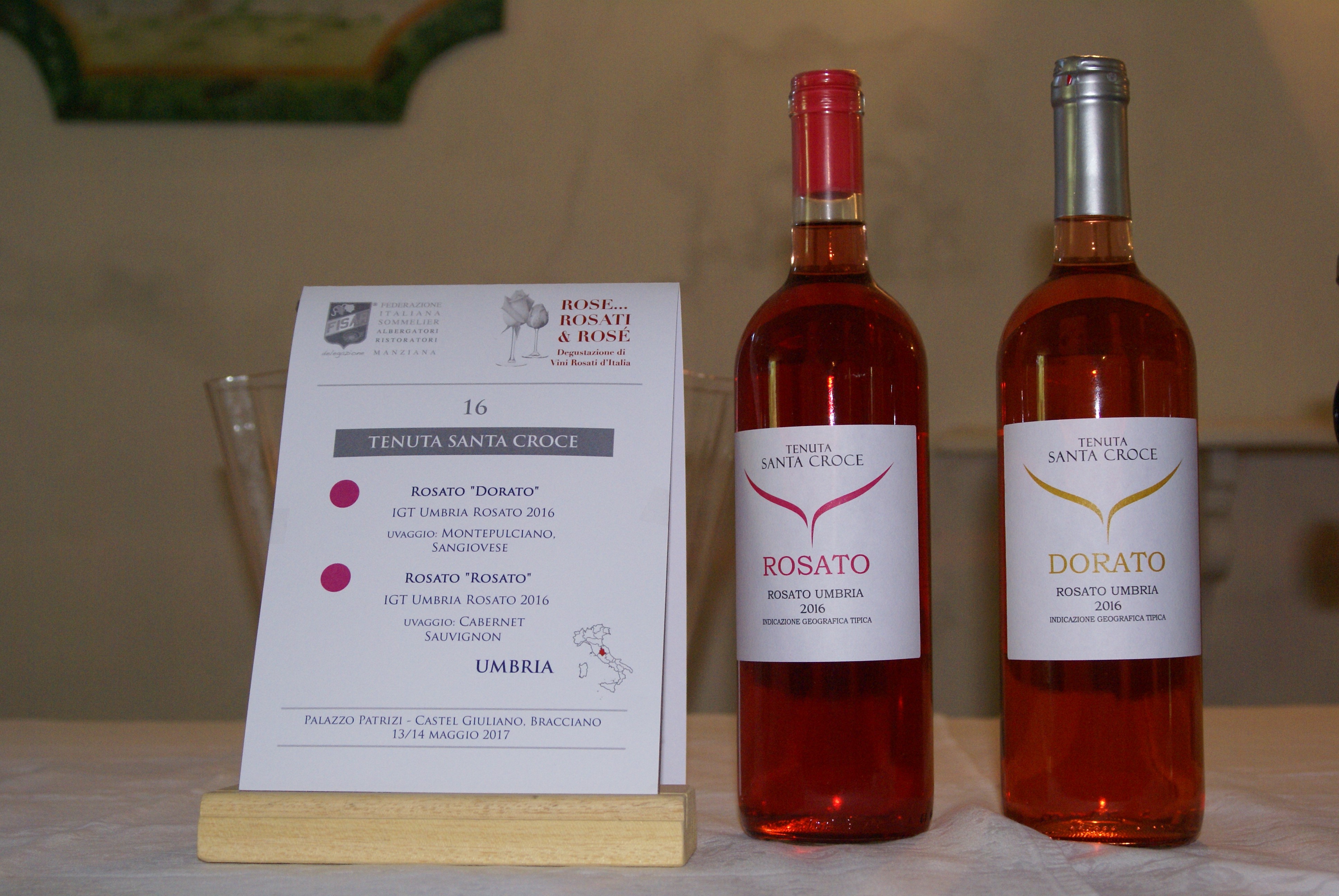 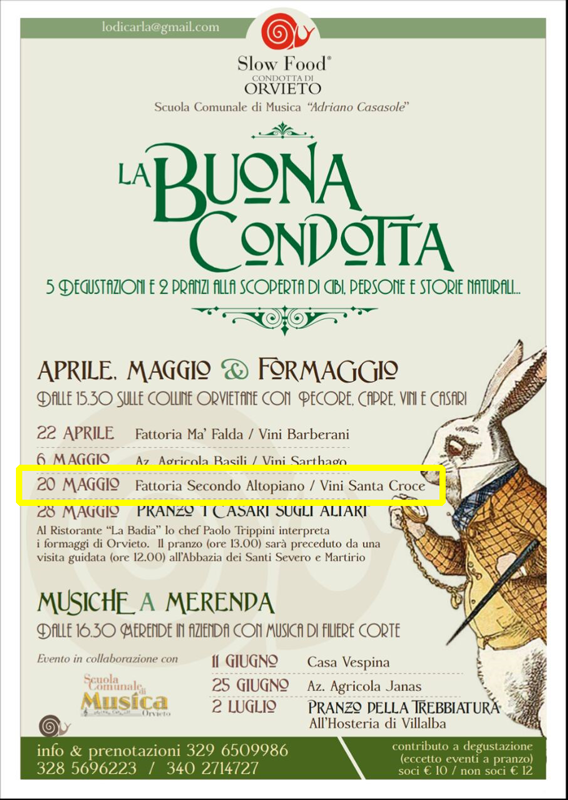 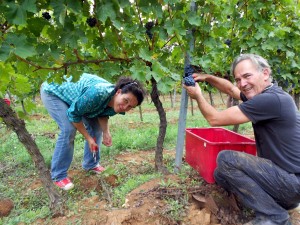 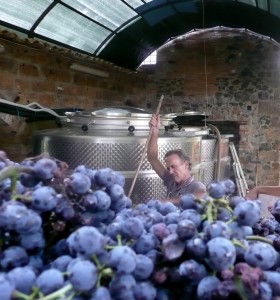 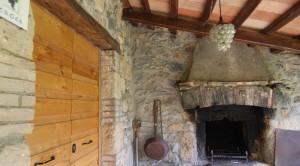 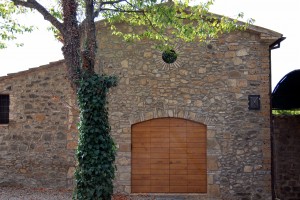